Join our mailing list for intranet and digital workplace links from around the web.We’re careful with your personal information. Read our privacy statement for more about how we manage your details, and your rights. 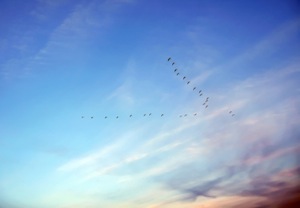 It’s a common observation that the big challenge with social intranets/enterprise social networks/insert your buzzword of choice is not technology but culture change. This sounds like wisdom, but is it actually useful?

Let’s face it, how much influence does an intranet team have to effect such a change? If you think of all the big culture change programmes your organisation may have run: all the workshops, cascades, internal advertising campaigns and so on, it is a rare intranet team that has the resources to lead such a jamboree. And yet these tools are still launched (and, as we’re seeing, are often falling flat).

So how to make progress? Here are some scenarios:

This is the sunniest outlook. Possibly, you can persuade them into championing a big change programme to support a more social way of working. More likely is that they are they already planning something that you can position a way of expressing that shift. For example, is the CEO being vocal about sharing, learning, innovation or something knowledge-intensive?  If so, the intranet can be a great enabler for it, so long as the ‘change’ doesn’t shift to being about a tool launch. The great thing about this scenario is that the intranet becomes the manifestation of the change; there is not culture change before the social tools is there, but equally the tool in itself wouldn’t bring about a new way of working. Novozymes is a good example of this.

2. A leader gets it, but they only have influence for their division.

The leader will hopefully have enough sway over their own people to help overcome resistance. This isn’t necessarily about a huge ‘culture change’ campaign. It could be more about the management team modelling the desired behaviour, which signals to everyone else that it is OK to spend time answering forum questions, or to openly challenge how things are done. Here the opportunity is to prove the principle  for their division  and don’t worry about the rest of the organisation until the proof is there. Sometimes people don’t respond to examples until they see it in their own world, so once you have the first success, the next division will join more readily.

3. A group of intranet mangers and others ‘get it’ but are not senior enough to put funding into it.

A common scenario. You can begin with a small-scale service, ideally one where no start-up funding needs approval (this has been Yammer’s secret sauce). If you need licenses, cut a deal that’s based on actual use and which ramps up, not your total headcount from the get go. Promote the service informally, see where the grass-roots action is, and then scale up until you get to Scenario 2. What you’re relying on is that the grass-roots approach will find the value naturally; you’re not doing a top-down analysis to look for the ROI, you’re giving the organisation a new capability and letting the people with the need latch onto it.

Strictly speaking then, you’re not changing culture, but you may well be amplifying a set of existing values that had not been too visible before. For example, one of my clients had a strong history of people helping each other, but knowledge-sharing across silos was rare because the need wasn’t visible. Introducing a social networking tool allowed people to seek and offer help across the whole organisation and it took off naturally.

What can an intranet team do alone?

For all of the above, some resistance will need leader intervention but not all:

Our reports will help you choose the right intranet or employee app to reach and engage colleagues.

We can help you create a clear roadmap to guide your intranet and digital workplace evolution.
We're business focussed and we don't sell technology. Contact us to learn more.

I'm the director of ClearBox Consulting, advising on intranet and digital workplace strategy, SharePoint and online collaboration. I've specialised in intranets and knowledge Management for over 19 years, working with organisations such as Unilever, Astra Zeneca, Akzo Nobel, Sony, Rio Tinto and Diageo. I was responsible for Unilever’s Global Portal Implementation, overseeing the roll-out of over 700 online communities to 90,000 people and consolidating several thousand intranets into a single system.

This site uses Akismet to reduce spam. Learn how your comment data is processed.

Keep up to date

We’re careful with your personal info, and you can easily unsubscribe. Read our privacy statement for how we manage your details.

The buyers’ guide to intranet products for SharePoint and Office 365. 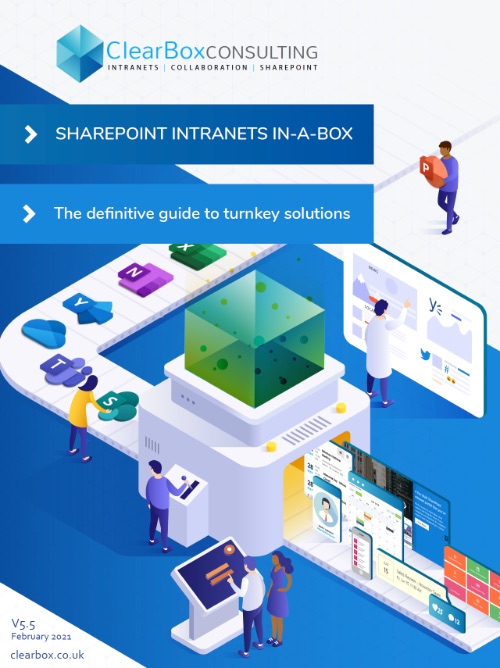 The buyers’ guide to employee apps that extend the digital workplace into your frontline workers' pockets.